Wow, a lot is happening in the New Zealand immigration space. For instance, a public outcry on changes to how partnership visa applications requirements are looked at, the parent category that opens again in February 2020, a complete overhaul of the work visa system and on top of that long processing times. Anyone who taught immigration is boring?

In this post, we look at a bit more closely at two of the topics that are in the headlights: partnership-based temporary visa applications and parent category applications

A bit of history.

To be granted a partnership-based temporary visa (work or visitor) a couple must be living together in a genuine and stable relationship. However, in cultures where an arranged or cultural marriage exists a couple does not live together before marriage. In addition, it is common for a New Zealand visa holder to go back to their home country to marry (and they may have never met their new spouse). Consequently, they wish to bring their new spouse to New Zealand.

Previously, Immigration acknowledged the arranged marriage (if sufficient proof is provided) and granted a general visitor visa because the living together requirements were not met. Over the next months, the couple builts up evidence of living together while the partner was in New Zealand on a visitor visa. After that, and before the visitor visa expired, they applied for a partner-ship based visa. 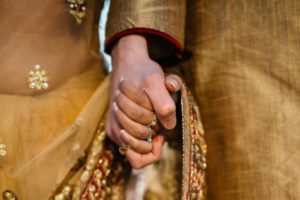 In May this year, this workaround stopped. As a result, visa applications from partners in arranged or cultural marriages got declined en mass. In many cases, immigration acknowledged that the relationship exists. However, the visa application was declined anyway because the couple didn’t live together. A very public outcry of the affected communities followed. And with a result. After weeks of protests and wide-spread media coverage, the New Zealand government ordered Immigration New Zealand to go back to the status quo within 2 weeks.

What the effect on partnership visa outcomes will be is yet unknown and will become clear in the coming months.

Another headache dossier for Immigration New Zealand and the New Zealand government is the parent category. To clarify, the parent category is a visa category were parents of New Zealand residents or citizens apply for their own resident visa to join their adult child in New Zealand. This visa category semi-closed over 3 years ago. I say semi-closed because it was still possible to submit an Expression of Interest. Only nothing was done with them. All Expressions of Interest just accumulated in a pool.  No selections took place and no-one received an Invitation to Apply for residency under this visa category. Immigration New Zealand just worked away at the backlog of applications they had on hand after a cap of 2,000 people/parents came into effect in 2016.

Meanwhile, in late October the long-expected announcement about the Parent Category arrived. However, the initial euphoria disappeared quickly. Because together with the initial announcement, Immigration New Zealand outlined new regulations. In short, only the income of the sponsoring child (and their partner) is relevant. And that caused a lot of controversies. Why? Because of the changed income requirements. To summarise, you need to earn quite a bit of money to sponsor one or more parents.

For example, a double income couple that wants both sets of parents to come to New Zealand needs a combined income of $318,240. To clarify, that is six times the median income. Ouch, there are not many people who earn that much money. So, even if you just want to bring one parent, you have to earn twice the median income or $106,080. In addition, there is a cap of 1,000 people each year.

People who currently have an Expression of Interest sitting in the Parent Category pool may wonder what happens with it. There are two options:

As you can imagine people are not happy with the new policy. As a result, there were many protests in the last few weeks. And I wouldn’t be surprised if the proposed income thresholds are amended before February 2020.